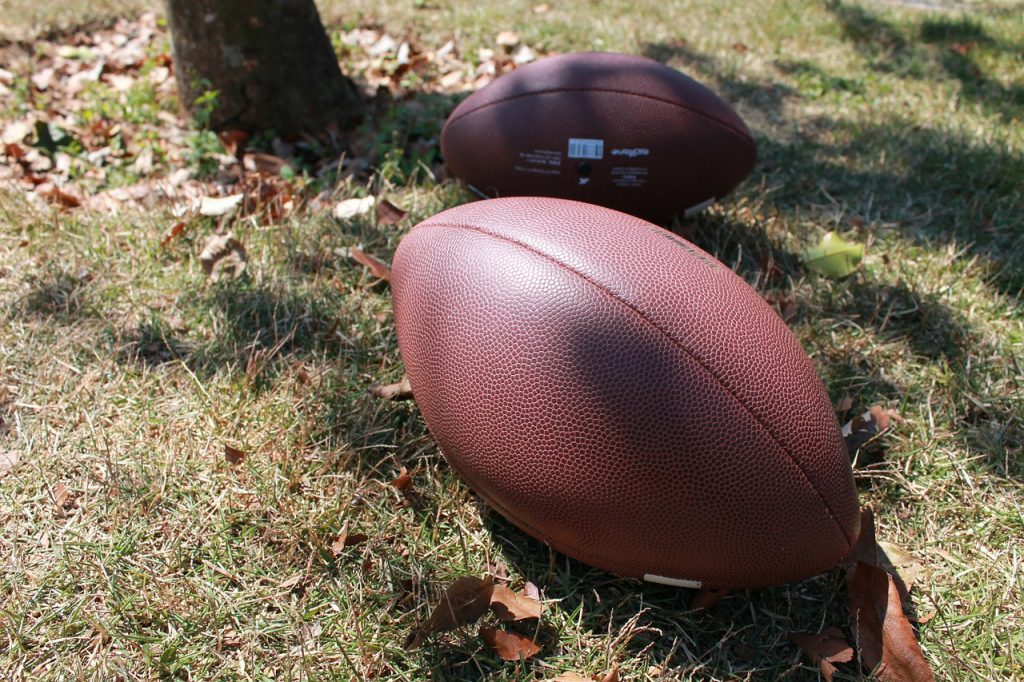 August is here which means football season is upon us. As a family you can play a non-contact game of football that doesn’t involve tackling–either touch football or flag football. These variations make it easier for young children to learn how to play.

Before you play touch or flag football, make sure you have plenty of space to run free of obstacles and other hazards. Between four and nine players per team is a sufficient number, but you can play with fewer or more people, depending on the size of your group. In touch football you tag the opposing team member to end a down and in flag football you remove a flag from the opposing team member to end a down. Touch football may be preferable to flag football if you don’t have flag belts.