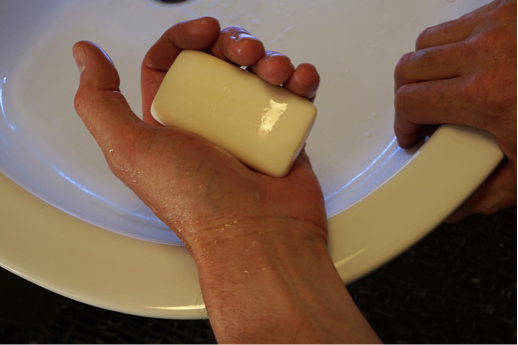 Those of us interested in simple ways to keep our families healthy already know the role proper hand washing plays in preventing the spread of germs. But hand washing plays another role that’s not often considered when fighting the battle to keep families healthy. In that role, hand washing is instrumental in fighting the rise of antibiotic resistance. What’s antibiotic resistance? Well, antibiotic resistance is a bacteria’s ability to survive the effects of the medicine (antibiotic) the doctor prescribes to cure an infection. The bacteria continue to grow, multiply, and eventually spread either in the body or to others.
According to the CDC, hand washing can prevent food borne and other respiratory illnesses like the common cold. Reducing the number of such illnesses reduces the need for and subsequently the overuse of antibiotics. Reducing the overuse, reduces the likelihood resistance will develop. People who suffer from infections that are caused by “resistant” bacteria may require second and third prescriptions from their doctor before the infection is cured. Often the subsequent prescriptions are less effective (the most effective prescription are typically given first) and add to the cost of getting well. Many times, the need for additional prescriptions translates into the need for additional recovery time as well. Such absences can also get pretty ‘costly’ when you consider the time lost when away from work or school.
So, as you can see, as we perform the simple task of washing our hands we’re doing more than just washing away germs. We’re keeping our families and communities healthy by preventing illness, which in turn, preserves antibiotic effectiveness. Read more about how hand washing helps to fight the battle against antibiotic resistance at: http://www.cdc.gov/handwashing/why-handwashing.html. And if you really want to dig deeper, you can read the information found at: http://www.cdc.gov/drugresistance/about.html
Virginia