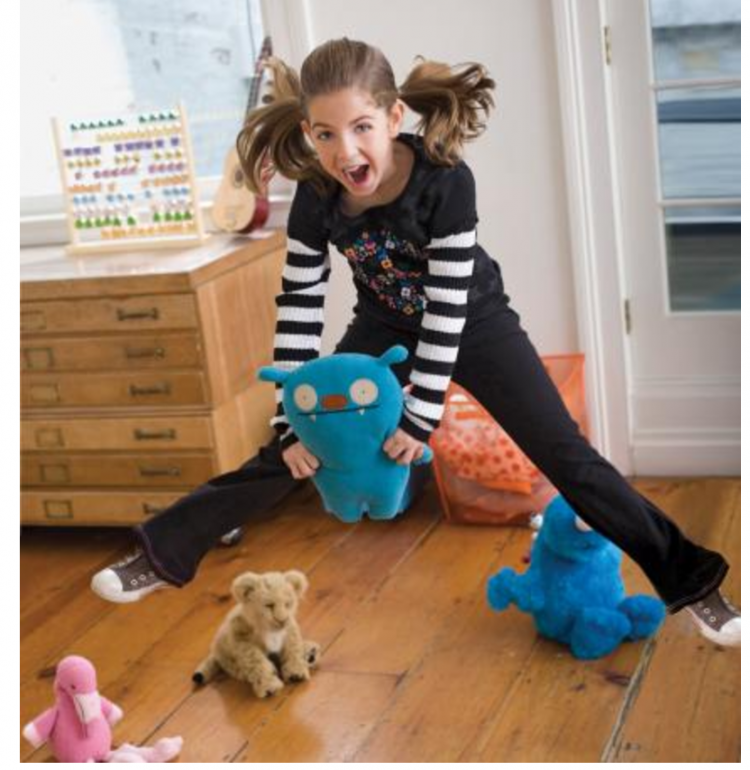 When the weather gets bad, it is hard to stay active inside the house. However, that does not mean that doing physical activity inside is impossible! There are multiple games and ways to get exercise indoors involving the whole family. One effective way of exercising is yoga. Family yoga involves everyone practicing yoga poses together and can be a really fun activity. Yoga can also bring peace to a family home while toning muscles, increasing flexibility, and reducing weight.
Another way of getting active indoors is playing games. Animal charades is a game where parents write down different types of animals on pieces of paper that can be drawn from a cup. Parents and children can take turns acting out which animal they pick by moving and making sounds. This game encourages creativity in children and adults and can make physical activity seem effortless.
A classic fun game to play is freeze frame. This can be with or even without music playing. If someone is caught still moving after the word “Freeze!” is said, they have to keep dancing until all the other players are out. This game is so easy because it doesn’t involve any equipment except a voice. It is simple and works, especially with children.
A cool game that is fun for children to play is called “Stretch and sprout”. This game involves children imagining themselves as a seed by being curled up in a tight ball and then stretching out as far as they can imagine. By creating a visualization of the child transforming from a seed to a flower, this encourages imagination while stretching all of the muscles in the body. Another way to get more out of this game is by encouraging the child to spring up and jump at the end when they are all stretched out.
Another creative game is called “ABC” where parents and children give each other words to spell and spell them with their arms and legs. This game also can help children learning how to spell. By spelling out words with arms and legs, both parents and children exercise their limbs while toning their cores.
Whether it’s a simple hands-free game or a yoga session, these methods are effective in getting the whole family active while being indoors. These exercise ideas may even make the children excited about the next rainy day when they can stay indoors to play these games!
Taylor
References: http://www.parenting.com/gallery/18-fun-active-indoor-activities?page=6